Skip to main content Skip to navigation
The Institute of Biological Chemistry (IBC) was established at Washington State University in 1980 to pursue fundamental research in the molecular biology and biochemistry of plants. Work at the IBC focuses on basic plant science with an emphasis on plant derived products synthesis, determinants of plant architecture, bioenergetics, and plant-microbe interacts. The research outcomes have potential applications in agricultural biotechnology, bioenergy, and medicine. 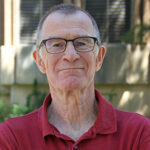 Dr. John Browse, Regents Professor, has been elected to the National Academy of Sciences in recognition of his achievements in original research. 2022 NAS Election (nasonline.org).

Dr. Browse is among just 150 new members announced on May 3. First established by U.S. Congress and President Abraham Lincoln in 1863, the National Academy of Sciences is a nonprofit society of scholars charged with providing independent, objective advice about science and technology to the nation.  Read more here.

Dr. John W. Peters, Director, has been elected to the Washington State Academy of Sciences.

New members are accepted in recognition of their outstanding record of scientific achievement and willingness to work on behalf of the academy in bringing the best available science to bear on issues within the state of Washington.

A research team led by Washington State University has created a computer model to understand how plants store energy in the thylakoid membrane, a key structure to photosynthesis in plant leaves.

The team confirmed the accuracy of the mathematical model with lab experiments. Their work was recently published in the journal Nature Plants.

“We provided an important piece to the overall puzzle of plant metabolism,” said Helmut Kirchhoff, a professor in WSU’s Institute of Biological Chemistry and leader of the team who made this discovery. “If we integrate our model into the bigger picture, it may provide a good path for how to improve plants for certain environments.”

Plants convert sunlight into usable energy through photosynthesis, but constantly adjust where and how they store the self-made energy based on light level, temperature, moisture and other factors.

Figuring out how plants make these adjustments could improve our understanding of how they perform in the field and help develop new plants that can withstand rising temperatures from climate change.

Kirchhoff and his collaborators’ findings could have broad implications and benefits in years to come, as their model is integrated with others to learn more about how exactly photosynthesis works (Full Article).

Dr. John Peters was awarded the CAHNRS 2021 Faculty Excellence in Research Award.  Dr. Peters conducts research spanning ecology, evolution, physiology, and biochemistry of these systems where the intersection of these approaches has led to important and recognized scientific contributions.  This award is given for high-quality research and publications over the past three years or in recognition of a continuous record of scholarly accomplishments over a longer period of time. The USDA National Institute for Food and Agriculture (NIFA) Research and Extension Experiences for Undergraduates (REEU) grant will put students to work on field research and lab work centered on crops, including visits to farms to talk with agricultural stakeholders.

The program will culminate in a final project that students will present to their peers and advisors. Students from all four institutions will be eligible to apply for the project, which will be hosted at WSU.

“The heart of the program is reaching out to underrepresented groups to get hands-on scientific experience,” said Andrei Smertenko, an associate professor in WSU’s Institute of Biological Chemistry (IBC) and the lead scientist on the grant. “It’s lab work combined with applied research and extension projects.” (Full Article)

Dr. Philip Bates and Dr. Helmut Kirchhoff of the Institute of Biological Chemistry at WSU in collaboration with the Donald Danforth Plant Science Center in Missouri have been awarded a new grant by the United States Department of Agriculture, Agriculture and Food Research Initiative titled “Vegetable Oil Production In Leaves of Next Generation Crops Within Dynamic Environments”. Oils are the most energy-dense product of plant-based photosynthesis, with twice the energy content of carbohydrates. In most cases, oils accumulate in seeds. Seed-set occurs only over the last 1/3rd of the life cycle. Therefore, setting seeds is not the most efficient way to capitalize on sunlight-powered carbon assimilation for products, especially with increasingly challenging environmental conditions. An appealing alternative is to make lipids in leaves. Leaf biomass is made throughout the plant life cycle and lipids can be easily and cost-effectively extracted from leaves. We propose to study how dynamic environmental conditions affect leaf metabolism and plant growth in engineered tobacco with high levels of lipids in leaves (oil as 30% of biomass). Recent efforts have enabled low percentage lipid production in the leaves of sugarcane, potato, Arabidopsis, but nothing compares to the 30% oil in leaves of tobacco. Therefore, understanding how tobacco metabolism adapts to the high demands of lipid accumulation in engineered leaves under challenging environments will enable further engineering efforts in all crops.

Washington State University professor John Peters co-authored a paper that has won a prestigious Cozzarelli Prize from the Proceedings of the National Academy of Sciences (PNAS).

The PNAS Editorial Board selected six papers published in 2020 to receive the Cozzarelli Prize, an award that recognizes outstanding contributions to the scientific disciplines represented by the National Academy of Sciences (NAS). Papers were chosen from the more than 3,600 research articles that appeared in the journal last year and represent the six broadly defined classes under which the NAS is organized.

The paper defines the energy landscape of electron bifurcation, a method of energy conservation in living cells. Peters, the director of WSU’s Institute of Biological Chemistry, organized a large team to study this electron bifurcation phenomenon that was funded by the Department of Energy through the Biological Electron Transfer and Catalysis Energy Frontier Research Center. (Full Article)

A Washington State University researcher is part of a large team that announced the genome sequence for switchgrass, a major bioenergy crop.

Laura Bartley, an associate professor in WSU’s Institute of Biological Chemistry, worked for 15 years on the project, which could lead to larger, easier to process switchgrass plants.

“Making switchgrass cultivars more economically successful and competitive is a key to decreasing our dependence on fossil fuels,” Bartley said.

Gardeners and farmers around the country recognize that crop varieties grow best in certain regions. Most plant species have adapted to their local environments; for example, crop and ornamental seeds sold for the upper Midwest are often very different than those bred for Texas. Identifying and breeding varieties that have high productivity across a range of environments is becoming increasingly important for food, fuel and other applications, and breeders aren’t interested in waiting decades to develop new crops.

One example is an ongoing collaborative effort to improve the emerging bioenergy crop switchgrass (Panicum virgatum), which has established 10 experimental gardens located in eight states spread across 1,100 miles. Switchgrass is a perennial grass that quickly grows in a variety of soils and water conditions, standing taller than basketball star LeBron James In each garden, switchgrass plants clonally propagated from cuttings represent a diverse collection sourced from half of the United States. (Full Article).

Regents Professor John Browse is the 2020 recipient of the Sahlin Eminent Faculty Award.  The recipient must have changed the thinking in his or her field by making lasting contributions through teaching, research, creative scholarship, and service; and the recipient must have contributed notably to the vitality and strength of the Washington State University Community.This award is the university’s highest faculty honor.   Part of the award is creating a several-minute video with comments from John.

Emeritus Faculty Rod Croteau is the 2020 recipient of the V. Lane Rawlins President’s Award For Distinguished Lifetime Service. The Washington State University V. Lane Rawlins President’s Award for Distinguished Lifetime Service honors dedicated individuals who have given a substantial part of their career to advancing WSU through excellent service in administration, teaching, research, extension, or a professional field. The WSU president selects recipients from nominations made by university community. The lifetime service award recognizes WSU faculty or staff who have demonstrated great personal and professional commitment to the university and community, and who have had a profound influence on the direction and progress of the university throughout their career. Part of the award is creating a several-minute video with comments from Rod. Dr. Helmut Kirchhoff’s lab in collaboration with the LMU Munich (Germany) and the Copenhagen Plant Science Center (Denmark) recently published a journal article in the Proceedings of the National Academy of Sciences USA (https://www.pnas.org/content/117/26/15354): Biological energy conversion relies on a well-defined sequence of redox reactions within the membrane-embedded electron transport chains of chloroplasts and mitochondria. In plants, the photosynthetic electron transport between the two photosystems has to cover long distances of a few hundred nanometers. This is due to unique architectural features of the photosynthetic thylakoid membranes, which fold into stacked grana and unstacked stroma thylakoids. It is a long-standing question which of the mobile electron carriers, plastoquinone or plastocyanin, shuttles electrons over long distances from photosystem II in stacked regions to photosystem I in unstacked regions. By employing mutants with different grana diameters, we identify plastocyanin as the long-range electron carrier. This finding has important consequences for the control of photosynthetic electron transport.

Dr. Philip Bates has been awarded a new grant by the United States Department of Agriculture, Agriculture and Food Research Initiative titled, “Characterization of a novel triacylglycerol remodeling pathway for accumulation of industrially valuable fatty acids in Physaria fendleri”.

Hydroxylated fatty acids (HFA) are natural bioproducts that have important industrial uses as feedstocks to produce resins, lubricants, plastics, biodegradable polyesters, coatings, any many more. HFA also have various uses in the cosmetic and pharmaceutical industries. For many applications, HFA are a renewable replacement to petroleum-based feedstocks. The major source of HFA is castor seeds, which due to toxicity is limited for production in the US. Castor oil is mostly imported into the US from India, and has a market value of $993 million (2017). Physaria fendleri native to the southwest US produces oil with >60% HFA. Physaria is nontoxic, grows on marginal lands, can be used as winter rotation/cover crop, and is an emerging domestic source of HFA. However, enhancement of domestic HFA sources through Physaria breeding or engineering of other oilseeds is hampered by the lack of molecular knowledge on HFA accumulation in seed oils. Our recent metabolic flux analysis of Physaria oil biosynthesis indicated a novel triacylglycerol (TAG) remodeling pathway for HFA accumulation. When combined with transcriptomic resources, we identified gene candidates that may control this novel pathway. In this project, we will characterize the biochemical features and in planta roles of Physaria candidate genes in TAG remodeling, and engineer TAG remodeling into the industrial platform crop Camelina sativa for accumulation novel oil compositions. This work in collaboration with Grace Chen (USDA-ARS, Albany, CA) will support the goal of producing valuable plant oil-based bioproducts through the continued development of new crops, Physaria and/or engineered Camelina.

The Smithsonian Magazine highlighted David Gang’s research on ancient medicinal/psychoactive plant use in the Pacific Northwest (https://www.smithsonianmag.com/smart-news/pacific-northwest-tribes-smoked-smooth-sumac-1400-years-ago-180975233/). The original scientific article, An Ancient Residue Metabolomics-Based Method to Distinguish Use of Closely Related Plant Species in Ancient Pipes, was published in the journal Frontiers in Molecular Biosciences and discusses how metabolomics-based tools are useful to identify plants used hundreds to thousands of years ago. The Smithsonian Magazine pointed out that this collaborative study, with Shannon Tushingham in WSU Anthropology, is the first to identify non-tobacco residue in an ancient pipe.

Past IBC News and Updates