Fellow of the Royal Society of Edinburgh

The single most important feature in distinguishing terrestrial vascular plants from their aquatic counterparts lies in the composition and amounts of their phenylpropanoid metabolites. In vascular plants, this pathway provides major classes of organic compounds of specialized function and structure. These include neolignans and lignans, structural cell wall polymers (lignins and the aromatic portion of suberins), proanthocyanidins (condensed tannins, i.e., its phenylalanine derived portion), and related compounds. Without this pathway, the normal growth, development, and survival of both woody and nonwoody plants would not be possible. Indeed, since approximately 10 to 45% of all vascular plant material is of phenylpropanoid origin, these metabolites constitute a major sink of organic carbon. Although all of the roles of these compounds have not yet been identified, it is known that they provide structural reinforcement to plant tissue, can act as phytoalexins, and function as phytotoxins against fungi, bacteria, insects, and other herbivores. Many have important pharmacological activities in man, including anticancer activities.

Our research program examines various aspects of phenylpropanoid metabolism, with a particular emphasis toward understanding vascular plant cell wall formation. We have developed sensitive [13C] labeling methods to monitor phenylpropanoid metabolism in situ, have detected several enzymes of highly unusual specificity in lignan and monolignol glucoside formation, and are studying the factors regulating carbon flow into various offshoots of this pathway. The effects of stress (e.g., gravitational field strength) on plant growth and development is also being actively pursued, e.g., at the enzymatic and ultrastructural level. Other related research projects include tannin, carbohydrate (i.e., cellulose) and diterpenoid (i.e., to taxol, a potent anticancer agent) metabolism, and phenylpropanoid biodegradation. 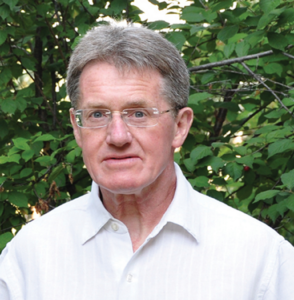